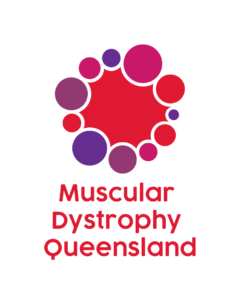 Muscular Dystrophy Queensland empowers people living with muscular dystrophy and similar neuromuscular conditions to live the lives they choose. To promote the non-profit’s biggest fundraiser of the year – the Brisbane HOG Charity Ride – we were commissioned to create a video to promote the event.

The Brisbane HOG Charity Ride gives people the opportunity to be a biker for a day by purchasing a ticket to ride as a pillion. The proceeds of the event raises vital funds for Muscular Dystrophy Queensland. With pillion numbers falling, our brief was to create a video that would capture the attention of a new audience. Our solution was to create three videos – a 60 second promotional video, a 60 second event highlights video and a 2 minute interview-led corporate video.

The 60 second promotional video was filmed in the weeks leading up to the main event. Muscular Dystrophy Queensland organised for the Brisbane Harley Owners Group to take us out for the morning to capture that feeling of what it’s like riding on the back of a Harley Davidson. From that we created the promotional video that was pushed out on Facebook to encourage the public to purchase tickets.

The 2 minute interview-led corporate video was captured on the day of the charity ride. We joined the ride as a pillion, covering hundreds of kilometres on the back of a Harley with a camera on our shoulder. At the end of the event, we interviewed organisers and pillions about their experience. We used the same footage to create a 60 second shareable highlights video.

The video campaign ensured one of the most successful ever Brisbane HOG Charity Rides. The event sold out for the first time in five years. The new rider pillion rate doubled, compared to the previous year and the majority of those new pillions came through the promoted video on Facebook. All the videos were designed to be timeless, so Muscular Dystrophy Queensland can continue to use them to promote future events and raise money for their incredibly worthy cause.

Have a story to tell?